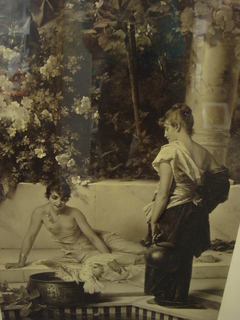 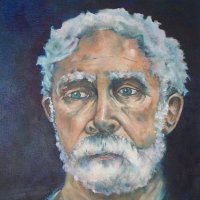 Where we are in life is always so interesting...today I find myself back to 1985 with my art...I copyrighted a line of whimsical cats called Whisker Babies in that year...My girls that I am doing now have made me think about them... they have the same fun look...and Heaven knows that are a million cat lovers out there....so I am once again introducing them to the world in hopes that the whole world wants one...Now wouldn't that be just perfect...Just one on this blog for starters...…

It is alwasy exciting to have a well-known artist visit the area.  On 8 March 2011 professional photographer James Balog will be speaking at Syracuse University 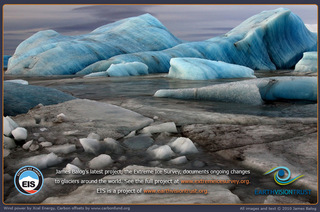 as part of the (free to the public!!) University Lecture Series (See details at Balog%20Lecture.pdf).  Balog…

inspiration for my art

Yesteday I was thinking about the Paul Simon's  song" Diamonds on the souls of her shoes"..don't know where that came from...You know how the mind works...so I created a new girl  ...polka dot shoes

George a. Olsen, Jr. began wood turning in 2004 with hours of study and practice. His work was recognized as art being selected in 2008 by jurors at the Arkell Museum in Canajoharie, Cooperstown Art National and Regional Shows, and the Wilber Mansion Show in Oneonta.

Going to the birds!!!

Here's a problem I hadn't realized. I recently created a collage and used a couple pigeon feathers I collected from my yard! As luck would have it a fellow artist pointed out that feathers can not be used in art if they are from "a migratory bird". After looking up the "feather" rules on line I found out most feathers can't be used except pigeon (yeah! I'm safe) except if questioned I would need to prove it( How do you do that? DNA Tests?).… Continue

Seductive color is the secret to some of the greatest works of art. Paintings that hold secrets using color can often be abstract or very realistic. When looking at a highly colored painting, search for the grays, they are seductive passages for heightened color to travel through, and…

Be part of a crowdsourcing effort to create an urban edible forest garden in the City of Syracuse, NY.

The Best Design, selected by a panel jury, will receive a $250 cash award and be implemented on the property of the Rahma Free Health Clinic at 3100 South Salina St in Syracuse.  Submissions are due by April 1, 2011 with the Best Design and two Honorable Mentions announced at the Upstate NY Glossary Link… Continue

going back to my beginning...or one of them..

In  a show and tell group, I dragged out my drawings from my past life...I call them "My girls" They  are the part of a series of fun whimsical drawings with sayings..Everyone took a vote and said "THIS" is what I should be doing....Well I've been doing them since I was a child....except now the saying are not child like..ha ha ..well some are,  but most aren't... I have some listed up on etsy and ebay..as of yesterday Sunday Feb. 20th. I plan on gettting them out there...…

I have been getting back into watercolors in preparation for my Intro to Watercolors class at the Y Arts Studio. Classes are pleasantly full, but still room for a few more people.

I'm really enjoying working with subtle layers of color; a big difference from my style with acrylic paint. … 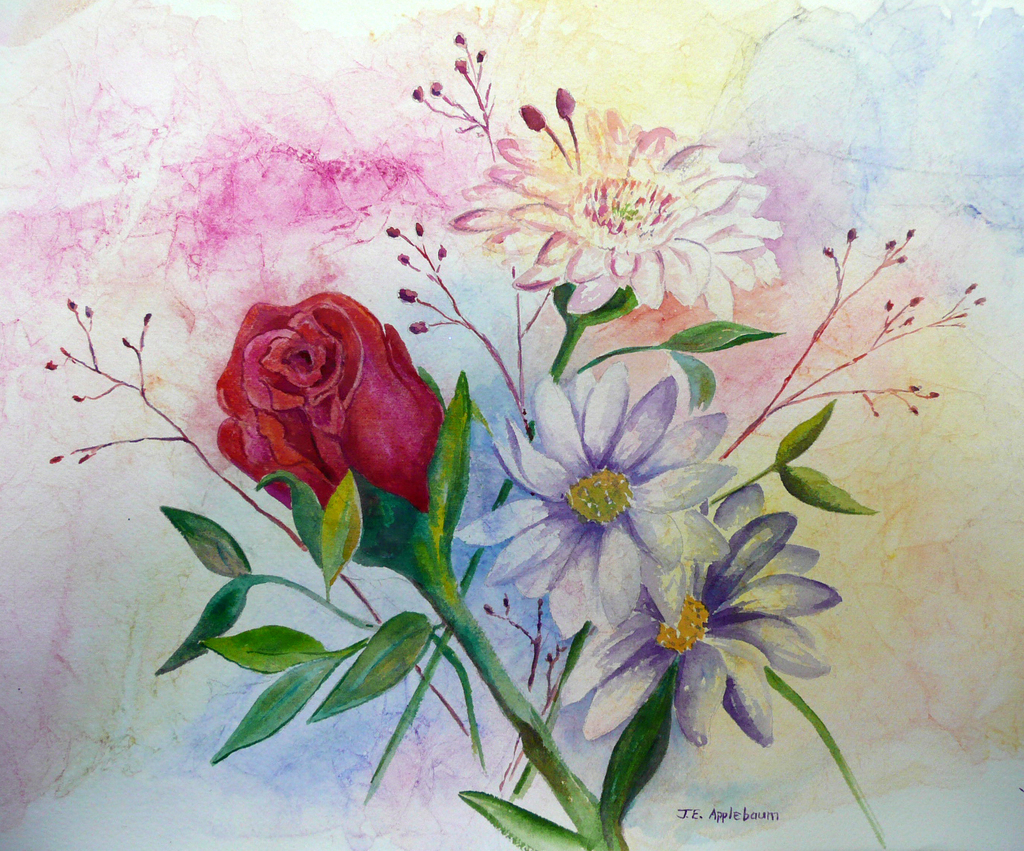 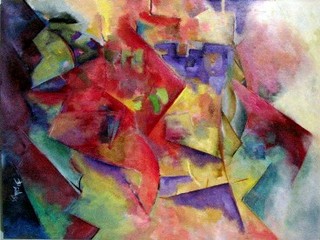 Creating Art in the form of large scale paintings, installations, murals, and 3D design at my studio in Syracuse, New York has been my life's work. Through the years my work has traveled to find homes in many private and public collections. Recent work can be seen at the Nan Miller Gallery and other fine art galleries throughout New York as well as my Studio gallery in… Continue

A FUNDAMENTAL PERSPECTIVE OF OUR EXISTENCE

Our universe exists within a singularity - an infinitesimally small dimensionless point. The Big Bang event, which is what we call the beginning of our universe, is the initial expansion of time and space and the existence of matter within the singularity.…

Artist To The Presidents

Since it is February and National Presidents Day is Feb. 21, it has made me think about the man behind the presidents. It is hard to think of George Washington without visualizing the famous portrait of him painted by Gilbert Stuart. In fact, Stuart painted each of the first six presidents (John Adams, Thomas Jefferson, James Madison, James Monroe and John Quincy Adams).

An Italian Fountain Overflows With Inspiration

I love painting Italy and as an Italian painter, I have painted Italy over and over again, although I have to say 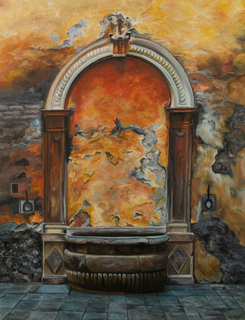 this was a unique painting for me to choose. I usually find myself painting
Italian seascapes and Italian landscapes. I seldom paint an object by itself. That is… Continue

As many of you know, I live in Upstate New York, just 10 minutes from the small college town of Hamilton where the prestigious Colgate University is located on top of a scenic hillside. Since I can only paint static paintings of this charming town that I grew up in, I am posting a YouTube video link so you can take a tour of this special place. 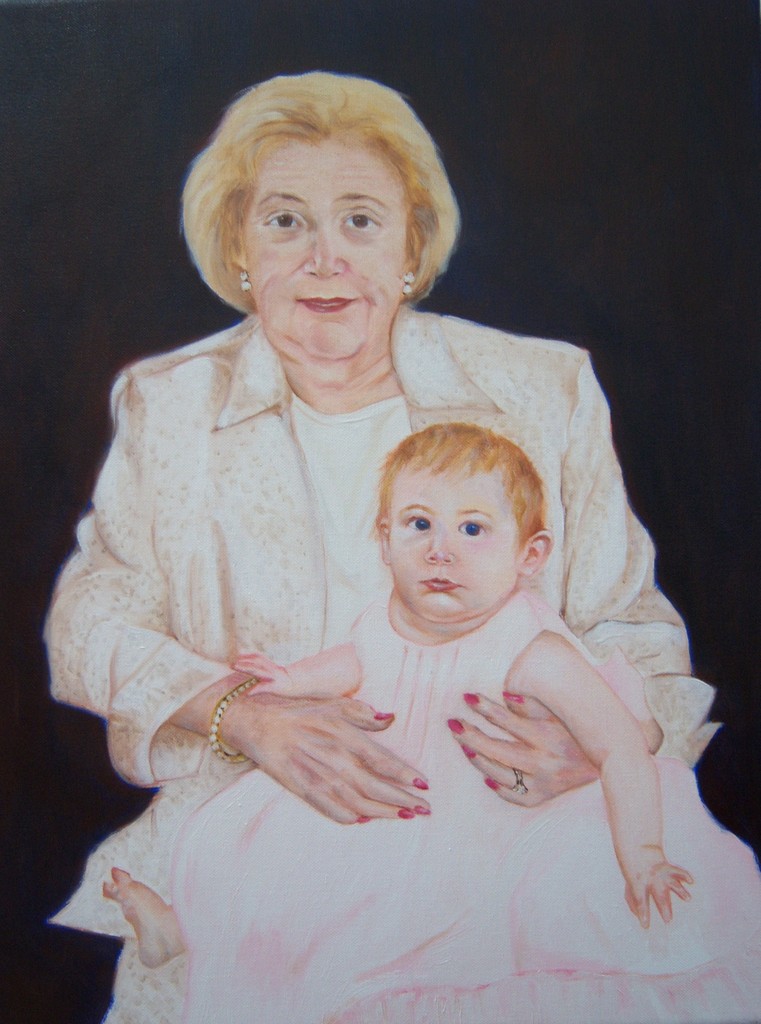 I started doing artwork again after I broke my leg. During recovery I had a lot of free time. Mostly I gravitated to collages and later did a few watercolors. I LOVE color ( pinks, purples, blues) so that is in a lot of my art. I really have to learn more about the computer to add my picture and more artwork- hopefully soon.More later...

I will get a photo up soon!

I finally got around to uploading some more of my work today!

I just completed a commissioned piece of a home in Florida of which I am having some note cards made for the owner.

I am currently working on a painting of an old Mercedes -wonderful lines, great colors! I hope to finish it in the next couple of weeks.

As a
Central New York artist, I have a personal connection with the
Colgate University Bookstore. When I was a little girl, back in the 1960s, the second and third floors… Continue